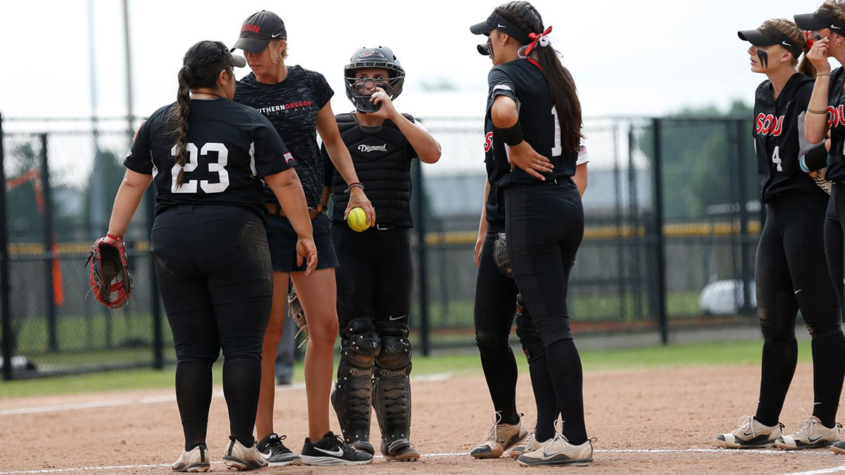 Southern Oregon University softball coach Jessica Pistole, who guided her team last month to SOU’s first-ever national championship in a women’s sport, was the NAIA Softball Coach of the Year on Wednesday.

The fifth-year head coach has led the Raiders to three consecutive NAIA World Series appearances. This year’s team made it through the winners bracket of the double-elimination tournament unbeaten, then had two chances to beat longtime powerhouse Oklahoma City, which came out of the loser’s bracket needing a two-game sweep.

Oklahoma City won the first game before the Raiders won the World Series with an 8-3 win in an elimination game for both teams.

SOU went 15-23 the season before Pistole became head coach and has gone 219-82 in the five seasons since, including a 149-38 mark over the last three years.

The Raiders have earned NAIA Scholar Team honors each season under Pistole.

The coach, originally from Loomis, California, was named the CCC Coach of the Year for the third time this season.

Her team finished this season with a 52-8 record and its first-ever No. 1 ranking in the final NAIA Top 25 poll.